The program inherits the essence of the U.S. Education System, which is built on a selective list of standards from the Common Core State Standards (CCSS) and the Next Generation Science Standards (NGSS).

Common Core State Standards (CCSS) is an education reform program that has been in place in U.S. schools since 2014. CCSS was originally built for English and Mathematics. This is a set of standards assembled from experts, to identify the knowledge and skills that young people need to have in order to achieve success in the university environment and work later.

The New Generation Scientific Standard (NGSS) is based on the “Science Education Framework 12”. NGSS was developed by the National Association of Science Teachers, the American Association for the Advancement of Science, and the National Research Council. NGSS improves science education through 3D learning: Cross-course concepts, scientific and technical practices, core ideas.

Overview of the curriculum

The program consists of 03 subjects taught in English: Mathematics, English and Science. Throughout 12 years of study, UTS students not only gain impressive English, Math and Science proficiency but also instill the skills of a global citizen in the 21st century, such as critical thinking, collaboration, creativity, and communication. UTS-ers has the most solid equipment to be ready to adapt to the volatile world and pursue an educational path at any high-quality university, both domestically and internationally. 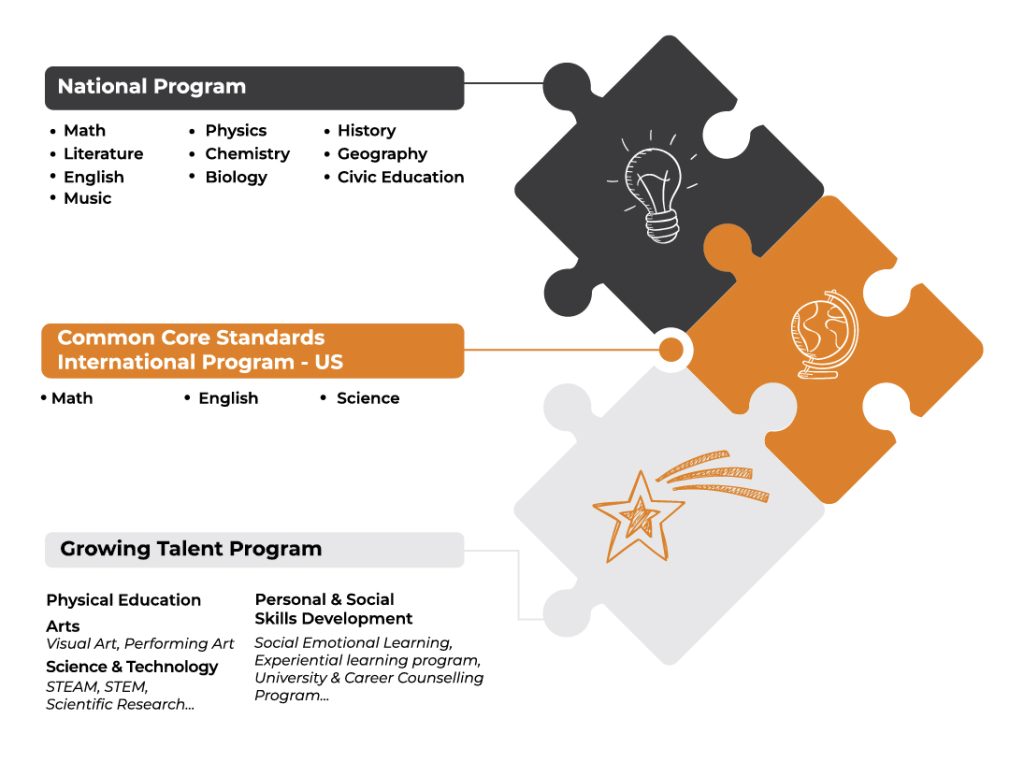